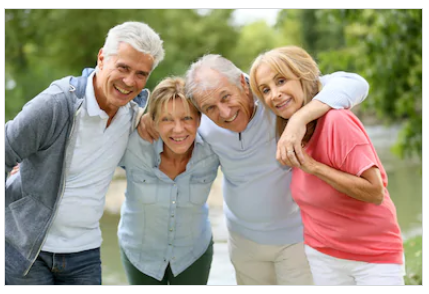 This is the part of the new Hanover Ledger that's just for YOU!

Most people think that people 55 years old and over should be referred to as "Seniors",  but we all know that you're only as young as you feel!

So this section is dedicated to helping YOU feel younger, healthier and happier!  Enjoy!

REDUCING THE RISK OF MEMORY LOSS

We all would like to do whatever we can to prevent memory loss, sometimes referred to as the disease Alzheimer's or dementia.

Modern medicine has no cure, but let us discuss ways to REDUCE THE RISK of developing Alzheimer's by one-third to one-half!

Below is an article by Dr. Glenn Gero, a nationally recognized NJ naturopath who has appeared on numerous television and radio programs, including NBC and FOX.  Dr. Gero has studied at Harvard Medical School, Johns Hopkins School of Medicine, Duke University School of Medicine, Memorial Sloan Kettering Cancer Center and others. Read more info about Dr. Gero here.  Enjoy reading his article below.

Your brain doesn’t know how old you are – and doesn’t care.

Of all of the uncontrollable factors in our life, the process of aging may be the most daunting. Synonymous with aging is the concept that cognitive decline is universally unavoidable. What may be encouraging is that while some memory loss may be a natural part of aging, researchers are discovering that older people can maintain more of their cognitive function well into later years. Neurobiologists Dr. Elizabeth Gould and Dr. Charles Gross at Princeton University have validated that thousands of freshly born neurons arrive each day in the cerebral cortex, the outer rind of the brain where higher intellectual functions are centered.

The process of neurogenesis, the growth of new brain cells, is controlled by our DNA. Fortunately, many of the factors that influence our DNA are under our direct control. A variety of factors including physical exercise, critical thinking, social interaction, caloric restriction, curcumin and the omega-3 fat DHA have demonstrated to profoundly inhibit the process of brain deterioration.

This is a powerful message and these factors are all within our grasp.

In a report featured in the Journal of the American Medical Association (JAMA), titled "Effect of Physical Activity in Cognitive Function in Older Adults at Risk for Alzheimer's Disease," researchers found that elderly individuals engaged in regular physical exercise for a 24-week period had an improvement of an astounding 1,800 percent on measures of memory, language ability, attention and other important cognitive functions compared to an age-matched group not involved in the exercise program. Merely by engaging in regular physical exercise, the door is open to the possibility of actively taking control of your mental destiny.

In January, 2009, a study published in the Proceedings of the National Academy of Science reported that those elderly individuals who reduced their caloric consumption by 30 percent profoundly increased memory function, while those of similar age group were instructed to eat whatever they wanted experienced a small, but clearly defined decline in memory function. The authors concluded, "The present findings may help to develop new prevention and treatment strategies for maintaining cognitive health into old age." What a concept -- preventive medicine for the brain.

Curcumin, the main active ingredient in the spice turmeric, has attracted the interest of neuroscientists around the world. Interestingly, in evaluating villages in India where turmeric is used in abundance in curried recipes, epidemiological studies have found that Alzheimer's disease is only about 25 percent as common as in the U.S. As curcumin is a proven anti-oxidant and anti-inflammatory agent, there is little doubt of its positive effects on enhanced production of brain neurons, which is why it is theorized that those consuming curcumin are so resistant to this brain disorder.

Like curcumin, DHA enhances gene expression for the production of new neurons. In a trial involving 485 healthy older individuals with mild memory problems, those given a supplement containing DHA for six months had almost double the reduction in errors on a test that measures learning and memory performance versus those who took a placebo. The benefit is roughly equivalent to having the learning and memory skills of someone three years younger.

An analysis of 400 British men suggest that those working in occupations requiring critical thinking and social interaction later in life have shown the ability to ward off cognitive decline.

Harnessing the expression of our DNA is empowering, and the tools to better brain health are available to us all -- right now!

Dr. Glenn Gero is the director of the Holistic Naturopathic Center in Clifton, NJ. He is a licensed and board-certified naturopathic doctor, a board-certified biofeedback therapist, a registered nutritionist, a medical exercise specialist, a professional member of the American Herbalist Guild (AHG) and has earned nearly 20 certifications in holistic health and therapeutic exercise. He has completed advanced clinical training at Harvard Medical School where he is a member of the post-graduate association.

Do you or anyone you know feel anxious, depressed, irritable, experiencing weight gain or sleeplessness? Maybe it's actually A Thyroid Nightmare. Tap picture to read Dr. Glenn Gero's important article and learn how these symptoms can be treated naturally. 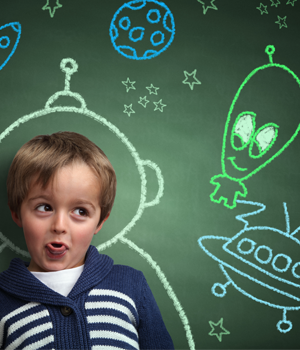 Does your child, grandchild or student exhibit these signs of ADD/ADHD: Difficulty sustaining attention, disruptive behavior, excessively restless-fidgety-squirmy?  Attention Deficit Disorder may be caused by food sensitivities and may only require natural methods rather than drugs. Read article HERE.

Here is another short article about how to prevent or greatly delay the onset of dementia:  https://theconversation.com/nine-things-that-can-affect-whether-you-get-dementia-and-what-you-can-do-about-them-81224

If you are a medical professional who would like to add an article to the Hanover Ledger, please feel free to let us know:   Email  Janet@HanoverLedger.com

Simulated presence therapy (SPT), a type treatment that has been used mainly in nursing homes, involves playing a personalized video or audiotape recording of family members to the person with dementia when he or she is distressed or agitated.     - healthypeople.gov

So next time you or your senior relative feels agitated, try that first!

Find Your Place: 10-Minute Sit and Get Fit Workout

By the Editors of SilverSneakers | January 8, 2020

Grab a chair, and get ready to improve your posture, strengthen your body, and boost your energy.

Here are 10 nearby gyms that offer free membership when you have the FREE Silver Sneakers program through your insurance company:

Have Pets?  Check out an interesting article and hilarious video HERE.

Into healthy eating?  HERE are some delicious gluten-free recipes!

How about a 10-question Trivia Challenge?  HERE.